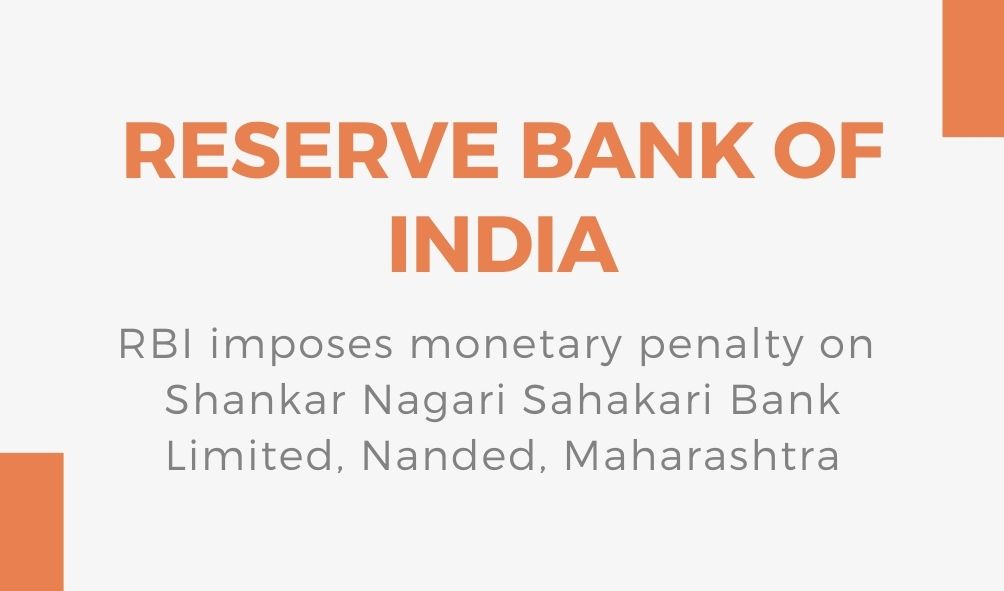 The Reserve Bank of India (RBl) has imposed, by an order dated May 10, 2021, a monetary penalty of ₹1.00 lakh (Rupees One Lakh only) on Shankar Nagari Sahakari Bank Limited, Nanded, Maharashtra for contravention of/non-compliance with directions issued by the RBI to Urban Co-operative Banks on Exposure Norms and Statutory/ Other Restrictions – UCBs. This penalty has been imposed in exercise of powers vested in RBI under the provisions of Section 47 A (1) (c) read with Section 46 (4) (i) and Section 56 of the Banking Regulation Act, 1949, taking into account the failure of the bank to adhere to the aforesaid directions issued by RBI.

The inspection report of the bank based on its financial position as on March 31, 2019, revealed, inter alia, contravention of/non-compliance with directions issued by the Reserve Bank of India on Exposure Norms. Based on the same, a Notice was issued to the bank advising it to show cause as to why penalty should not be imposed for non-compliance with the directions.

After considering the bank’s replies and oral submissions made during the personal hearing, RBI came to the conclusion that the aforesaid charge of non-compliance with RBI directions was substantiated and warranted imposition of monetary penalty.